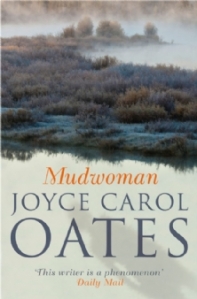 BLURB FROM THE COVER

Mudgirl is a child abandoned by her mother in the mud flats of the Black Snake River. Cast aside, Mudgirl survives by an accident of fate—or destiny. After her rescue, the well-meaning couple who adopt Mudgirl quarantine her poisonous history behind the barrier of their middle-class values, seemingly sealing it off forever. But the bulwark of the present proves surprisingly vulnerable to the agents of the past.

Meredith “M.R.” Neukirchen is the first woman president of an Ivy League university. Her commitment to her career and moral fervour for her role are all-consuming. Involved with a secret lover whose feelings for her are teasingly undefined, and concerned with the intensifying crisis of the American political climate as the United States edges toward war with Iraq, M.R. is confronted with challenges to her leadership that test her in ways she could not have anticipated. The fierce idealism and intelligence that delivered her from a more conventional life in her upstate New York hometown now threaten to undo her.

A reckless trip upstate thrusts M.R. Neukirchen into an unexpected psychic collision with Mudgirl and the life M.R. believes she has left behind. A powerful exploration of the enduring claims of the past, Mudwoman is at once a psychic ghost story and an intimate portrait of a woman cracking the glass ceiling at enormous personal cost, which explores the tension between childhood and adulthood, the real and the imagined, and the “public” and “private” in the life of a highly complex contemporary woman.

You must be readied, the woman said.

Mudwoman blew me away. I loved it. Mudwoman is an example of just how great JCO can be. I was actually sad when I finished reading Mudwoman and could have easily read another couple hundred pages.

STRUCTURE: JCO uses a lot of time shifts in Mudwoman. The chapters of varying lengths alternate between M.R’s struggles as an adult and her past starting with her religious maniac of a mother trying to kill her in the mudflats when she was three years old. Each chapter has a heading (i.e. Mudgirl in the Land of Moriah) and also has the month and year. I never got lost or confused with what was going on and whether I was reading about M.R. or Mudgirl. The structure works really well in Mudwoman. I like the contrasts between M.R’s life and her past. This made the pace quite slow as the story bounced easily back and forth between the past and present. Towards the end of Mudwoman the narrative stays with M.R and the pace becomes quite fast as tension mounts. The structure works well in Mudwoman.

PLACE: I liked the world JCO created in Mudwoman. The chapters that deal with M.R. are mostly set in and around the campus of the University where she is the president. I felt the academic world JCO created was very realistic. I’m fairly certain JCO used her own experiences as a professor at Princeton University.  I found the University setting even more interesting as M.R starts to unravel when her memories of being Mudgirl are unleashed. The chapters that deal with M.R’s past are set in different places including the mudflats of the Black Snake River where she almost died as a child and the home where she lived briefly with a foster family, an awful couple who treated their numerous foster children like dirt despite being considered top level foster parents by the state. The world of Mudwoman was very real.

CHARACTERISATION: M.R is the main character. The whole novel is shown from her perspective. Although JCO uses a third person narrator, you are inside her head all the time. M.R was a great, complex character. I found JCO’s portrayal of her going to pieces very realistic. The chapters where she struggled to hold onto her sanity were engrossing. In one memorable chapter she attends a meeting with her make-up caked on and her hair disarray. I was enthralled watching her fall apart piece by piece. I was impressed by how close the narration came to M.R considering JCO used a third person narrator. Mudwoman read like an intimate first person account of M.R’s life. The only problem with this is that the other characters are underdeveloped. They were just shadows that flitted in and out of view. I didn’t get any real sense of who they were.

PLOT: Mudwoman tackles the subject of child abuse and trauma. M.R. is an adult survivor of a violent and abusive childhood. She was only three when her mother tried to kill her at the mud flats. JCO hints that violence and neglect was a recurring theme in her childhood. JCO recounts the shocking discovery of her younger sister’s body some weeks after M.R is saved. I was hooked on Mudwoman from the opening chapter when M.R’s mother tries to kill her. JCO’s words haunted me. I really enjoyed the chapters that dealt with ‘Mudgirl’. I found myself wondering if M.R did survive. She went to excessive lengths to forget her past. Despite claiming to love the Quakers who eventually adopted her she breaks off all contact with them for years. When M.R remembers her past she falls apart. I liked the way JCO tackled the quite dark subject matter of Mudwoman. Did she really survive the trauma of her past?

I live in Glasgow in the UK with my partner. I work in the Financial Services. I like reading especially Joyce Carol Oates and Stephen King. I write fiction and poetry. I enjoy watching TV (Grimm, Torchwood, Doctor Who, Lip Service, The L Word etc). I like to play video games and am a fan of survival horror especially the Silent Hill franchise. I like to watch movies especially horror and anything where someone dies. View All Posts

This site uses Akismet to reduce spam. Learn how your comment data is processed.